ARTIST OF THE MONTH: LESS THAN NOTHING – It Will Set You Free Review

admin222 ARTIST OF THE MONTH, BLOG, Editorial, REVIEWS Artist Of The Month, Instrumental, Less Than Nothing, New Notts Music, review

I must confess, I was a bit shocked when I first got around to listening to LESS THAN NOTHING. You see, they’re an instrumental band, and I know this may sound odd, but the general aesthetic of the band doesn’t really give off an instrumental vibe. I know that might sound like a load of bull, and you’re probably thinking, “Sam, you tit, why didn’t you just do your research and look at their social media?” Well, stranger – they don’t actually point out that they’re an instrumental band anywhere across their social media, in fact, they don’t really say much at all… and that kind of mystery works for them.

I’ll be honest, I often find it hard for instrumental music to draw me in. It’s probably something to do with being spoon fed pop music over the past 19 years of my existence, but these guys – bloody hell, they’ve hooked me in.

See, part of my journey with these guys like I said, was expecting a vocal to drop at some point during the first few tracks of the album… yeah, that doesn’t happen. What does happen is three guys pull together musically to create a very enticing, melodic album that in my opinion hooks you in just as much as a huge pop chorus does.

These fellas joined Facebook all the way back in 2009, and whilst they have released an EP and a single or two along the way, this is their debut album – and it’s quite a beast – a friendly, cooks you dinner and makes you feel satisfied by the end of the night kind of beast, that is.

The album opens with the sounds of birds chirping, which provides a nice sonic backdrop for the incredibly catchy guitar melody which comes in about ten seconds from the start, and carries the entire album opener through into standout track “Lay Down Your Burdens.”

As I currently try to write about my favourite track on the album, I’ve come to realise. I’ve never had to review an instrumental album before, so my vocabulary is a little lacking in this area. There’s plenty of in your face rhythm guitar, catchy picky bits, and interesting percussion that carries the songs through – but the thing I need to get through to you all is that this is just as catchy, melodic, and interesting, as anything that I’ve ever heard with vocals.

Another standout on the album comes from the latter half, “Never Enough (Never Give Up)” has a bit of a rawer edgier sound than the rest of the tracks on the album – and somehow – and I genuinely am struggling to put this into words – communicated the title perfectly. It’s hard to explain how drums, guitar and bass coming together can feel as if they’re telling you to power through obstacles and to never give up, but this song does exactly that.

You probably noticed I haven’t pointed out too many specific songs; but hear me out, you see, I have reasoning. To me this album, which clocks in at around 35 minutes, almost feels like one huge epic track. Which I suppose is the way that an album is meant to feel. The album manages to feel coherent, whilst still having several distinguished sections and moods. And it really does deserve a good sit through and listen to the whole thing.

So, as you may have gathered. I really like this album. I’ve enjoyed it in several situations, from focussed listening for this review, to keeping me company on the thankfully few hours of time I’ve spend on public transport this week; to in the background whilst working. Not many albums have the power to do that. I guess essentially what I’m saying is you could buy this album, and technically never need to buy another one again. That’s a quote for the press release if there ever was one!

You can check out the whole album, and buy a physical/digital/whatever kind you want copy from their Bandcamp – LINK

P.S Does that falcon on the cover freak anyone else out? 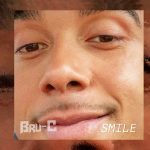