THE IDOLINS are putting out a cracking new EP and to celebrate they’re putting on a bit of a celebration over at Bunkers Hill on Saturday.

For those unfamiliar THE IDOLINS are an Acoustic Folk band who make some bloody catchy tunes with pretty much every string instrument out there  thrown in for good measure. They describe their band interests as “having a rather jolly time while making music” and that is something that is very clear when they are up on stage.

ALICE MACLEOD will be warming up the crowd with her angelic vocals and stunning songwriting; for those unfamiliar with Alice, we did a Future Session with her back in 2012, the day before her GCSE results no less. She was talented back then, so we can’t wait to see how she has grown as a musician in the past few years.

The I’m Not From London team have been putting on a new night known as “Flip The Lid” over at BrewDog the past few weeks; well, for Valentines day they’re doing a special “Flip The Love” event (see what they did there?) and there’s an incredible lineup of musicians to help all you singletons feel the lurrve.

The incredible talent that is GEORGIE ROSE will be opening the night, her beautiful songwriting and catchy harmonies have lead her to attention from the likes of the BBC and the Olympic Games. FRANKIE RUDOLF’s youthful Folk will set your heart on fire, while OPIE DEINO’s haunting melodies will soothe your frozen soul. Molly & Jack will also be performing.

ANWYN WILLIAMS will be opening the night with her beautiful Joni Mitchell-esque Folk, while CONNOR SPRAY’s punchy acoustic tunes will keep you bopping your head. The pure soul of SAM JONES’s captivating songs will leave you breathless before HUNTING HELEN’s stripped-down Acoustic-Rock rounds off the night.

Yours In Love of New Music
Sam Nahirny x

PS: ALICE MACLEOD, GEORGIE ROSE, OPIE DEINO and SAM JONES have all done Future Sessions with us. Why not check them out and while you’re there subscribe to our YouTube channel so you don’t miss any new ones? 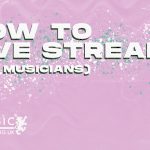 HOW TO LIVE STREAM (FOR MUSICIANS) – Nusic.org.uk Advice Video 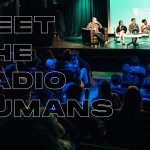 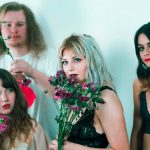