It’s always pretty epic living in Notts. If you’re a little heartbroken that beaut beach in the square has gone to seaside heaven, not to worry, there’s plenty of tingly music for ya this week, yep really tingly, weirdly tingly but oh so good tingly. From a couple of awesome album launches to Pop dreams at The Maze we have you covered peeps.

Friday in Hoodtown means LAXMI coming back to Notts and heading to The Maze, or as Lou Barnell, their lead singer, said “the cockney granny returns to the motherland” and we at the motherland welcome them back with open arms. Anyway, “Voodo Pop” bangers that are “politically charged” – that’s what you can expect from ‘em. Heavy bass is a big feature on their new stuff and if you mix that with their melodramatic voices it makes for some MEGA listening. Proper ear-gasm, which is 100% possible. We’re sure.

Supporting LAXMI at The Maze are CHERRY HEX AND THE DREAM CHURCH – dreamy Pop specialists. With glock in hand they’re giving us the viiiibes with their 80’s inspired tracks. Having met at NTU only last year these guys have already released some minimalist and moody bangers.

Notts super-group, and our AOM for September, CHURCH OF THE COSMIC SKULL are releasing their debut album at Rescue Rooms on Friday. The “new religious movement” seek to “free mankind from their material possessions”. We’re not sure if this is on the night so maybs don’t take your new camera.

They also want to “unify all living beings into a singular cosmic whole”, again not sure if this is on the night so be prepared for some right going ons. When they aren’t trying to change the world, the seven piece band play some pretty wicked tunes with a 70’s Rock/Pop vibe. Combining guitar with the electric cello as well as bass and drums, COTCS have their hands full never mind the hammond organ (which they also play, duh). Taking us to all these magical places musically it’s kind of LOTR meets Freddy Mercury, maybe this is what they meant by freeing mankind? EPIC. So Epic.

Crumpling Ghost from L town are supporting as well as Prophets of Saturn from Leicester.

Saturday sees the MANNEQUIN EP “Nobody’s Listening” launch party at Rough Trade. Often referred to as Alt-Rock these lads are so much more than that. So so, so much more. “WE’RE SWIMMMMING” they declare on their latest track ‘Shark Eyes’, and that they are, swimming into some pretty goddamn awesome grungey guitar solos, and also swimming into our hearts (or not, hmm whatever). Their tunes are heavy with a Psychedelic sort of Rock feely.

Support numero uno is BLUEBIRD, so bring your heavy side fringe and black eye liner cos these guys are self declared emos. Let’s all relive our 2007 dreams and back comb our hair like crazy too. Enough about emo stereotypes anyway, this Punk Rock foursome have heartfelt moshing tunes for us, so be ready to clear some space on the floor. If that’s not enticing you enough the boys are MASSIVE cheetos fans, who knows they may bring those slices of cheesy heaven with them too.

I AM LONO are also supporting, noting Bowie as a big influence it’s definitely evident in their tunes, it’s semi Electro Pop with a dash of heavenly moody vocals too. The tracks are more sway on the spot then skank but the heavy influence of the keyboard is intoxifying. The music is intense but in the best of ways, not intense like your girlfriends dad watching you eat your mash potato at dinner weird intense, intense like they transport you through space sort of intense. Ya get meh? 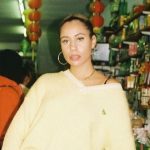 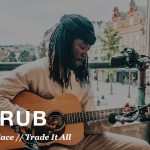