Another seven days have passed and yet again we have some mighty fine gigs ahead on the Nottingham Music Scene. This week sees the return of one of Nottingham’s finest talent competitions, a heavy/electronic rave/mosh fest, and some Acoustic loveliness.

We’re all about supporting exciting up and coming talent here at Nusic, and each year – Noise From The Next Generation put on a stellar lineup of young musicians, all facing off for some pretty swanky prizes.

If you’re unfamiliar with NFTNG, it’s basically a battle of the bands, put on by Nottingham Music Hub, with two age categories – 12-14 and 15-18. With the former playing at Sobar, and the latter playing at Rock City Basement. These are the finals we’re talking about, so these are the best of the best, and from what we’ve seen over the past years, the lineups can be pretty diverse.

The musicians have the chance of winning a rammed out gig at the Young Creative Awards ceremony, an automatic place in the FSN Semi-Finals and loads more awesome opportunities all of which can be found on Nottingham Music Hub’s website HERE.

If you need a bit of a mid-week mosh, then you need to get yersen down to The Maze on Tuesday – cos they’ve gone and got three incredible Notts bands on the heavier side of the spectrum lined up for ya, and all for the price of nowt.

KAIZEN kick things off with their huge energetic Rock sounds. The female fronted four piece have a reputation for putting on a wicked live show, and from some of the footage we’ve seen on their Facebook, we’re pretty sure we’re gonna be jumping all over the place come Tuesday. Apologies if we go a little too mental.

The awesomely named BONE CULT are up next, with their self-described “Death Electronica”. Yup, it’s as unique as it sounds, but it’s bloody good – electronic blips and bloops accompanied by awesome riffs and heavily distorted vocals. We can’t wait to see how it translates live.

Finally we have the HUGE sounds of MANNEQUIN. A band that sounds like a bomb that’s gone off in a guitar factory – in all the right places. The three piece have ridiculous energy, and an immense live presence. In fact, to see just how intense they are (you may need to prepare yourself you see), check out their Future Session, that’ll give you a good idea!

Anti-Clone from Boston will also be performing.

Farmyard have gone and put on a wicked lineup of acts at Jam Cafe this Thursday, and considering it’s Bank Holiday Friday the next day, you’ve got no excuses to not be down there.

Kicking things off we’ll have some solo ditties from NIC HARVEY. You’ll probably recognise this fella from his acting with the Sheep Soup posse, and his supporting of that crazy old bint MRS GREEN. We’re looking forward to seeing what a solo NIC HARVEY set entails, the event page tells us it’s a rare occasion, so we already feel a bit special, but something tells us with this lads sense of humour, it’ll be a lot more exciting than just your standard Singer-Songwriter fare.

JOSEPH KNIGHT is up next, bringing with him some proper soulful Acoustic stylings. Joseph hasn’t even got around to releasing his debut single yet (he’s a bit of a perfectionist you see), but what we’ve heard from demo’s and bits of live performance, it’s gonna be a goodun. With a distinctly deep vocal tone, Joseph certainly stands out from the rest – and definitely deserves your time come this Thursday.

Rounding off the night we have the debut performance from SCARLET RIDGE. Now, you may think “hang on a minute, I recognise that dude on vocals”, and that’s cos you probably do. This Acoustic trio is fronted by ADAM PETER SMITH, who you’ve more than likely heard busking on Long Row, Trinity Square, or many other places around the city. His stunning warm vocal tones are accompanied by some beautiful soundscapes provided by his bandmates, and it all makes for rather a beautiful listening experience. Like, the kind that makes your ears happy. Know what I mean?.. I’ll get a taxi.

Flat 24/7 from Derby will also be performing. 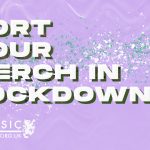 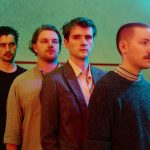 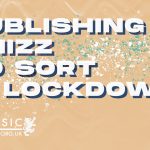