The words of David Nolan talking to the BBC’s Geeta Pendse about his new book. Nolan gets it, like really gets it. Yes Jake’s success is incredible, yes it’s inspiring and yes even at just twenty it’s a story worth telling but there’s a lot more going on here. Nottingham’s time in the music sun is upon us and we’re hyped that Nolan understood that and gave Notts its deserved place right at the heart of his biography on Jake. And all from a man who knows his shit. Nolan has been there done that when it comes to music books – from The Sex Pistols to Tony Wilson and, err, Ed Sheeran.

As someone familiar with the local scene, you’ll feel like you’re reading your best mate’s memoirs. There’s plenty of quotes, interviews, and mentions of loads of local promoters, journalists and DJs. The types that you probably have sat next to you when you’re watching a few local acts at Jam Cafe or somewhere similar.

The book explains how the likes of The Maze, The Nottingham Post, the BBC and more all played a part in getting him his first gigs. It explains how empty gigs could be at the start of his career and how many of his biggest fans now, wouldn’t bat an eyelid at him at the start. Local musicians, this should enlighten you. Just cause you’re not getting the best reception at the start of your careers, doesn’t mean you won’t make it. Seriously, you might be playing Alley Cafe to all of four people right now, but so was the Clifton lad that went on to have a number one album!

One of the interesting points that the book emphasizes is just how clearly segmented Jake’s rise to success was, using Splendour Festival as a benchmark. Moving from the LeftLion Courtyard stage in 2010, to playing the main stage in 2012, and finally – to headlining the main stage in 2013. Doing that in the space of two years isn’t an easy feat. In fact, it’s the kind of thing that gets books written about you!

Like many of you, I listen to music when I read. Not BABY GODZILLA, who I love dearly, but more relaxing, ambient music. Well, Nolan makes this part of the reading experience a bit easier, by advising at the start of each chapter three songs that you should listen to. They’re relevant to what’s going off in the chapter, so if we’re talking about the chapter “We All Get Laid”, there’s a song about, you guessed it, getting laid. Yeah, it’s probably a good job BABY GODZILLA wasn’t picked for that chapter.

If we had one constructive critique of the book, baring in mind we’re looking at things from the perspective of the scene not the individual, it would have been nice to hear a bit more about those artists in the mid-noughties who laid the way (some might say) for Nottingham’s success today. From PUNISH THE ATOM to MINT IVE, we’ll never know for sure, but we suspect acts like them did their bit. For example we’d love to know what Anton Lockwood thinks of all this, we name check Anton as he managed PTA back in the day, on Feb 20th 2014 he was the promoter behind Jake’s sell out Arena show. That’s quite a perspective.

Overall the book is a very enjoyable read, not just for a Bugg fan, but for anyone interested in Nottingham’s music scene, or music in general. It’s a great learning experience for musicians too, as the start of Jake’s story is something we’re sure many local artists can relate too. That’s why we’re putting on a workshop all about lessons learnt from Jake’s success. It’s an incredible story, and anyone who was even slightly involved will love this book as it takes you through some of the incredible moments we’ve all experienced over the past few years. There’s even a Nottingham glossary at the back, so if you’re thinking of buying it for your mate who lives in Norwich or summat, you’re sorted. They’ll understand everything, duck.

Get the book here.

Yours in Love of New Music,

TRANSPARENCY DECLARATION: Here at Nusic we did help out with the research of this book. Nusic founder Mark Del is quoted in the book several times. You should know that in case you think it might make us a little bit biased.

PS We don’t mention this much any more, we appreciate Jake has moved on, but for old time sake seems an apt moment to shout out Jake’s first ever radio session. His Future Session from Autumn 2010 is here. 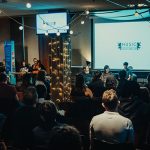 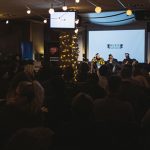