A Scorching 48hrs for Notts.

Nottingham is about to embark on a huge 48 hours for the Notts music scene. Not only is there one massive, sold out festival at Batman’s pad, a load of Nottingham’s young musicians will be taking on the Royal Albert Hall for the Proms. Nottingham’s biggest music event, attracting an incredible 25,000 people (the biggest number to date), Splendour is taking place this Saturday. And better yet, 13 Notts musicians will be playing across the three main stages at the festival on what will (fingers crossed) be a beautifully sunny day.

Opening up the Main Stage are FSN champs SUPER FURNITURE. Going from playing the Rock City Main Stage to opening up a huge, sold out festival, the SF boys will be playing to tons of people on the biggest stage in Nottingham.

It’s hard to imagine that the weekend could get any better than that, but the County Youth Arts’ Able Orchestra are set to play at the world famous BBC Proms, broadcast across not one, but two national radio stations AND if you’re down with the kids you can even catch them on CBBC.

Pupils from Fountaindale Specialist SEN School and Outwood Academy Portland will be heading down the M1 to play at the legendary Royal Albert Hall to perform Ten Pieces II. The Able Orchestra is a project set up by the County Youth Arts to allow young people with additional needs to create and perform music and celebrate their creativity.

Whilst all of that is taking place in big ol’ London, this end of the M1 acts from all across Nottingham will be playing at a sunny Splendour.

With some big love from both Radio 1 and 1Xtra, ADY SULEIMAN will be playing the Main Stage straight after SF. You can catch three of Nottingham’s finest EYRE LLEW, THESE YOUR CHILDREN AND the recently added #FSN2016 runners up BABE PUNCH on the Confetti Stage. Plus 8 acts on the Acoustic stage, who are  Nottingham.

Even more Notts acts will be playing Fringe sets around the entrance of the festival so keep an eye out for those too!

You can catch the Able Orchestra’s performance live on Sunday evening on BBC Radio 3 and will be later broadcast on BBC Radio 2 AND you’ll be able to see it for yourselves on CBBC.

Get ready for a scorching hot 48 hours for Nottingham musicians, let’s just hope the weather is as hot as the music. 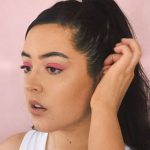