We normally start these reviews with some pithy, incredibly witty one-liner to make you beautiful readers smile, and want to engage with the rest of the words on your screen.

But, we’re not gonna do that this time – for one key reason – Just being able to say the phrase “Nina Smith’s debut album is here’ should be enough to get you excited.

The record starts with something rather unique – a mini-monologue from another artist – in this case ROB GREEN. The soothing gentleman’s voice sharing some words on the power of a song. And one particular phrase stands out – as it feel like it summarises the whole album – “these negative experiences will always be negative if we don’t turn them into something powerful.”

Powerful is the right word to describe ‘White Feather’.

The fear of dying. Losing those close to you. Loneliness. These are all topics covered on this album.

Though – one of the earliest standouts is actually… a little uplifting! ‘Little Lies’ is mega pop single material – euphoric chords and strings hit ya smack bang in the eardrums in the first 30 seconds. And then ya listen to the lyrics and you’re like… ‘hang on mate, this is actually quite a serious song’. And that perfect balance of almost positive musicality, paired with honest, raw narratives – is part of what makes this album so special.

‘Waiting for You’ has the sassy swag that many of us know Nina for. The kind of swaying badassery that makes ya wanna snap your fingers in a ‘nuh uh honey’ kinda way. All whilst appreciating her beaut falsetto, obvs.

Okay – that serious side we talked about. The second half of the album is… well, mostly about life and death. ‘Live Forever’ deals with the realisation that us mere humans are not going to…. well, be on this planet forever. ‘Remember Me’ focusses on wanting to leave enough of an impact on someone or something that your memory lasts – “I’m at the mercy of unknown, and it terrifies me”.

‘Time’ is a standout track on the album – and Notts has already shown its support. Going mini-viral in the local community in its collab form with the KANNEH MASONS. An open lyrical letter to Nina’s Dad – “Crying won’t work, as much as I hurt, it’s never gonna bring you home. And all these words, I wished that you’d heard, they’re never gonna leave me alone”.

This is an emotive record – its almost like someone has set their diary full of their deepest thoughts to music and then shared it with us all. And then they go and mess with your head by doing that in really catchy, Poppy ways. Creating those bizarre scenarios where you’re singing a song at the top of your lungs, until you realise it’s about death, self doubt, loneliness etc.

You can purchase the album HERE. 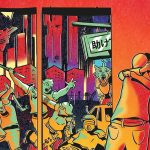 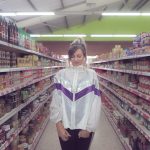 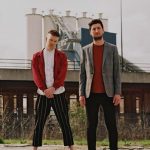