It was a hard task full of challenging decisions when choosing this week’s Top Three; so much is going on around here this Summer, you’d have to own a device that allows you to seamlessly dance through space and time to catch it all. However, fear not, my fellow music evangelists! We’ve whittled it down to three that you should defo pop down to. So ‘ave an album launch and two mini festivals.

LORNA at The Bodega!

LORNA are a 6 piece Indie/Dreampop band who formed in the late 1990s, signed by US label Words On Music. They’ve played all over the UK, Europe, and the US, but they’ve nestled right here in lovely Notts. These guys have been compared to the likes of Teenage Fanclub, Yo La Tengo, and The Velvet Underground, and have released four full-length albums, EPs and singles. Oh, and they’ve performed with The Psychedelic Furs, Neil Halstead (of Slowdive), Evan Dando, Mark Gardner (Ride), plus looaads more. Expect dreampop guitars, soft drums, clarinet, flute and string loops, and harmonised vocals

THE AMBER HERD are a Post-Rock/Folk/Psychedelic five piece formed in 2007. These guys are influenced by many, many things, scaling from thrash metal to traditional folk. Melancholic Indie melodies mixed with minimalistic Folk elements and some beastly guitar work makes sure that this band is akin to nothing you’ve heard before.

JAKE BURNS will also be playing this one. He’s got a great voice and some amazing traditional Folk stylings, influenced by the likes of Folk masters such as Bob Dylan and Simon & Garfunkel. We’re certain if you go and give some of his demo’s on Soundcloud a listen, you’ll agree that he wouldn’t sound out of place on a compilation alongside some of his idols. Expect beautiful, delicate music that’ll charm your ears.

Notts Pop Punk Festival is going off at The Maze this Saturday, which means some of Nottingham’s best and brightest Pop Punk musicians will be playing ALL DAY LONG.

First up on the main stage will be five piece metalcore band PACK MENTALITY. They combine melodic riffs with heavy breakdowns and choruses that’ll summon a sing along. Next up will be ON THE OPEN ROAD, a heavy Pop Punk band influenced by the likes of A Day To Remember and Chunk! No, Captain Chunk! Following these guys will be Mansfield five-piece FALLING UPSTAIRS. That’s actually their name; they’re not just turning up to fall up the stairs for your entertainment. Instead, they’re going to be playing some old school Pop Punk catchiness with hints of Ska. It’ll be so much more fun, you’ll see.

On the Acoustic stage the self-confessed ‘slightly crazy’ Songstress LAUREN APRIL will be opening with her passionate hybrid of Pop, Country and Rock. Following her will be four-piece SAY THE WORD, who have clear influences from Jimmy Eat World to Foo Fighters. And finally there will be RESTROOMS, a four-piece Pop Punk/ Rock ‘n’ Roll band, who have recently released their debut EP titled ‘Eternal Bummer’, but believe me, bum you out is the last thing these talented gents will do.

All proceeds from this little festival will be donated to Cancer Research UK. Also, a rather exciting raffle will be taking place at the end of the night, along with CAKE (CAAAAKE!!), games, and OTHER FUN THINGS. HERE’s the JustGiving page too, in case you wanted to donate but you’re too fat to leave the sofa!

HEY QUADROPHONIC! Are first on the list, who are a Funk/Dub/Rock ‘n Roll fusion band, combining soulful vocals, heavy funk bass lines, groovy drumming, jazz guitar and power chords. Expect a varied set; if you like progressive metal AND Electro Pop as much as you like Punk, this one’s for you. Following HQ will be Alternative/Folk/Indie songsmith TIM SIMPSON, who will give us some powerful melodies that talk of many subjects, including the everyday grievances in society. FIGHTING EVIL IS COOL! Are up next – a six piece ska/punk band recently described as : “Madness-meets-Bananarama on Angel Dust”. I can’t name a single other band that can get you dancing with a song dedicated to a penis (‘peñor’), or about lobsters feeling pain when they’re boiled alive (‘Lobsters’). It’s Ska-like, Trombone-lead music that you’re gonna love. ALEXA HAWKSORTH will also be playing her gorgeously soft Folk / Acoustic / Pop influenced by the likes of Haim and Laura Marling. THE BREAKFAST CLUB will be around to turn you into the epitome of dance. They’ve got some great hits that’ll make you laugh your faces off, all while you’re grooving out. Then, as a stark contrast, get ready to get REAL SAD, because RICHARD JENKINS will be performing his thought provoking acoustic songs. They’re based on some of his life experiences, and are sung so bloody nicely you’ll be reaching for a tissue. He’ll be releasing his debut album ‘Fading Soldier’ in September, and if that poetic title is anything to go by, it’s going to be beautiful.

Then, CITY OF KITES will be up, who are Power-Punk-Pop-Grunge kinda’ guys. They’re loud, they’re fast paced, and it’s pretty damn awesome. Pop Rock/Indie connoisseurs NO DISCO will also be playing, performing their heavy percussion, strong riffs and catchy hook laden songs. Next, CONFYDE with a ‘Y’ will be bringing some soaring vocals from singer-songwriter MARTIN JACKSON (best known for his role as frontman for Download Festival-billed Rock act Emperor Chung) They’re a new three-piece Alt Rock band, looking to make their mark on the Nottingham music scene. Welcome, friends. Following is ALEXANDER & THE CHRISTOPHER HALE BAND, which SOUNDS like a band (because, well, it’s in the name) but it’s actually just Beeston songwriter ALEXANDER CHRISTOPHER HALE and his battered old guitar being CLEVER. Expect Folky, Punky, Hip Hop with melodic singing, wonderful guitar work and possibly tears, as he’s termed the genre as ‘Heartbreak’. The penultimate band on the list is LITTLE BRIBES, an Emo/Post Hardcore four-piece named after a really beautiful Death Cab for Cutie song. They’re high energy, loud, but thought provoking and heartfelt at the same time. The final act on the line-up is ONE MILLION MOTORS, comprised of Frank Turner-esque songwriter John Hoare and his lovingly named guitar, Baxter. He and Baxter will be dishing out some Acoustic Punk vibes for ya. Enjoy every bite.

Also Playing:
B-Sydes from Cambridgeshire and Joe McCorriston from Morecambe.

P.S. SPLENDOUR IS THIS WEEKEND – there’s going to be looooaads of lovely Notts acts playing the outdoor festival (including FSN winners SUSPECT ALIBI), and it’s going to be so fun. Get your butts to Wollaton Park and ‘ave a dance with us. 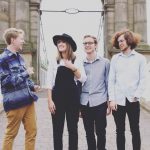 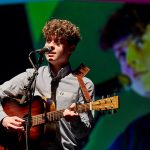 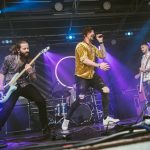