We’ve got a right diverse mix of musical stylings to whet your musical appetite this week folks. From Pop-Rock, to Blues, to “Claustrophobic-Pop”. Yup, how’s that third commandment go? “Play all genres of Nusic…”

THE MOCKING JAYS will be bringing their super catchy Pop-Rock stylings to The Bodega stage on Friday for their headline show, and if you like catchy songs or happy songs, then you’re in for a treat. If you’re unfamiliar with these fellas, think of The 1975, make em a bit more Nottingham, less sex and drugs, and more fun and hugs, and you’ve probs got a good idea of what to expect. Basically, bring your dancing feet – cos you’re gonna need ‘em!

THE HARMONICS will be warming up the crowd with their retro, Beatles influenced Pop. Similar to TMJ, these guys have an arsenal of super catchy choruses and melodies, and are sure to have you dancing all over the shop. Well, dancing might be a strong word, but they’ll definitely have you flailing all over the place, and possibly shouting out of key too!

PAPER SHOP DAVE will also be supporting on the night. As well as having an awesome name, these guys also have some huge Indie anthems. The three piece have been around since early 2013, playing many a live shows and developing their sound. Now, in 2015 – they’ve dropped their EP “First Draft”, they’re sounding incredibly refined – and they’re ready to get the party started on Friday!

WHISKY STAIN will be launching their new video for “The Lord’s Revolver” at Rough Trade on Saturday, and they’re throwing a proper Bluesy shindig to celebrate. Alongside blasting out the vid on RT’s massive screen, and basically feeling like you’re in the coolest cinema ever, the band will of course be playing a few songs for ya too. Sounding like an even more epic Royal Blood, with some sick riffs and massive stomp-inducing anthems, it’s well worth the entry price of… free. IT’S FREE, you’ve got no excuse.

Supporting we have fellow Blues masters 94 GUNSHIPS, whom, fresh off the release of their “Dead Bees” EP have absolutely loads of brilliant tunes to get you involved with. They’ll be getting the party started with plenty of chants, that we’re pretty sure will still be buzzing round your head once you’ve left/been kicked out of the venue. Not that you’d get kicked out for bad reasons or anything… I’m just digging a hole now.

The self-proclaimed “Claustrophobic-Pop” duo I AM LONO will be launching their debut EP on Saturday, so to celebrate they’re throwing a massive launch party at Nottingham Contemporary. As odd of a phrase that “Claustrophobic-Pop” is, once you listen to these guys, you’ll totally get what they mean. Spacey vocals. Some interesting (and at times, rather out there) lyrics. And wit. Lots of wit. Apparently post the event they’re gonna “sit in a puddle and eat chips in a naan bread.” So, yeah, basically these guys know how to party, and you should totally join them!

BLUNT MOUNTAINS will be up before IAL, bringing with them “a mix of analogue synthesisers, electric guitars, and drum machines.” And if that doesn’t entice ya, what will? Apparently their latest EP was recorded in a church onto a second hand bossa nova cassette using a four track. So, these guys definitely love to delve into the experimental side of things. Good job they’re bloody good at it!

Also supporting are the Metal thrashers better known as MANNEQUIN. Often in the heavier genres you’ll hear cliches such as “MELT YOUR FACE OFF”, or other such phrases. Now, whilst you probably will leave with most of your face in tact after their set (hopefully!), these guys will definitely have you going a bit mental. If you’ve got long hair, you’re sorted. If not, erm. Get a wig or something. Maybe that’s why they’re called MANNEQUIN? 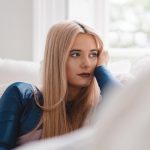