PHILIP GEORGE made the C, B and A-List on BBC Radio 1, became the most “Shazamed” track in the UK, oh, yeah, and he claimed the UK NO.2 SINGLES POSITION. Pretty good month then.

LONE’s album “Reality Testing” was voted number one album of the year by Nationally and Internationally recognised DJ Mag.

SAINT RAYMOND became only the third Nottingham born artist to sell out Rock City in its 34 year history!

AKADIAN signed a deal with Sony Music Entertainment (Fuze), a huge moment for any artist!

BRU-C got his first Radio 1 play thanks to Mistajam!

TREKKAH and YAZMIN LACEY’s “Promises“, and FIELD STUDIES’ “Mother Tongue” got played on Radio 1 thanks to Rastarella and Huw Stephens respectively.

“Promises” also made it onto the BBC Radio 1Xtra playlist, which meant the track got played every day of the week!

DAUDI MATSIKO’S “Houston In The Blind” was named one of Gilles Peterson’s tracks of the year! 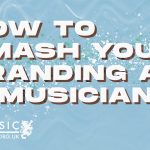