And hello summer! At long last. We’ve got three gigs this week you need to get yourselves down to.

First up Notts In A Nutshell brings you loud Metal bands at The Maze on Wednesday (8th).

INTO RUINS will certainly bring the mosh and get all you metalheads going crazy.

Carrying on the energetic vibes FORLORN HOPE, fronted by a female, her soft, pretty vocals will provide a contrast to the loud, fast guitars.

And RATBITER will play something a little different mixing beautiful, soft, mellow music and then all of a sudden bursting into Experimental Metal.

Next, also on Wednesday (8th) MY FIRST BAND have their album launch at The Nottingham Arts Theatre.

Promising beautiful songs and heart felt vibes, you’ll be toe-tapping along in no time at all. You’ll be treated to a selection of songs from all four of their LPs produced over a a committed TEN years together!

And finally on the best day of the entire year Friday (10th) (my birthday) Nottingham University will be hosting a festival called Sounds on the Downs at The University Park.

First up TIGER BLOOD who claim to have a love of 80s Alternative Rock and 21st Century Indie have a similarity to The Smiths with their own modern twist.

JOE SLATER, a man who’s good with words and manages to make everything rhyme, has a lovely voice, and is well worth checking out. A pretty, melodic guitar accompanies him to all his performances.

Next, energetic band SATNAM’S TASH play guitars which sound like a summers day and play the type of music you can’t sit still to.

Next the wonderful MANIERE DES BOHEMIENS will play their sounds of Folk/Swing/Jazz which absolutely anyone can appreciate and there’ll be dancing a plenty!

OLDBOY will play their melodic, Dark Alt/Rock combined with strong vocals to create anthems that will get stuck in your head.

Next, the terrific HHYMN will play their collection of beautiful, well put together songs, fronted by a unique, powerful voice. These guys make us proud to be from Nottingham. These guys have just had an album out too!

ELIAS DIAMANTIS always puts on a great show with just himself, his ukulele and his skanking dance moves. Different to anything in Nottingham he’s one guy you must make the time to see.

The beautiful GALLERY 47 will play some mellow, thought-provoking acoustic and a voice which could soothe you into a peaceful sleep.

And finally, SATSUMA will end on some lively banjos and beats which will end the day/night on a high.

Yours in love of New Music 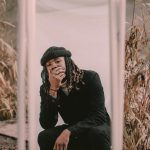