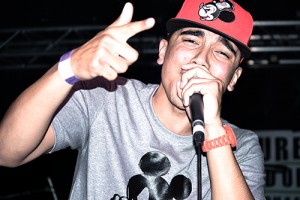 The Nottingham music scene is on fire right now. The climax of FSN 2012 was a spectacular, inspiring and downright joyous celebration of our city’s talent. Massive congratulation to the winners THE AFTERDARK MOVEMENT who will now play Splendour Festival in July as well as bagging a slot at Wireless Festival thanks to DHP and Tuborg. The night wasn’t about one winner though, all six finalists gave it their all and five out of six it was the best gig they’ve ever played, several called it the best moment of their lives! Here’s how it all went down…

Being first up isn’t perhaps the most sought after position on the running order however IN THE NORTH WOOD pack out the main room with a personal army of fans. The stomping Mumford flavoured folk is somehow melancholy and euphoric at the same time. They open with The A Song which has a touch of ARCADE FIRE about it, not in the style of the music but in the onstage antics, as halfway through Rich Chapman ditches the mandolin and scrambles behind the drum kit to give the tunes a military drumbeat backbone. This instrument switching continues throughout the set and gives the performance the vibe of a casual jam. The lads bundle off the stage to a thunderous roar from the crowd and IN THE NORTH WOOD will have no doubt impressed the expert ears of the judges. 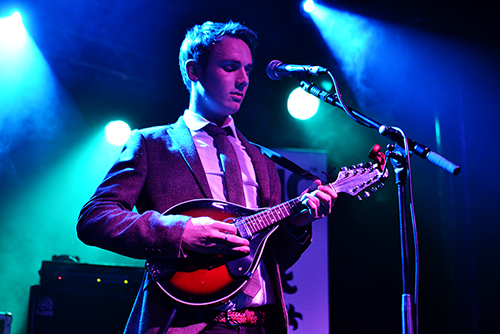 This next lot are something special. The phrase “smashed it” is perhaps over used but THE AFTERDARK MOVEMENT smashed it beyond comprehension. Bru-c was on fiery form and he spat his lyrical genius all over the shop with a determined violence. Vocal diva Natalie had the Rock City crowd in the palm of her hand and the heavy grime sent the D-floor into a skanking frenzy. Opening with the glorious Since I’ve Been Here which boasts rap rhymes that Dizzee would be proud of they poured every ounce of their soul into this performance. Look up Funk in the dictionary and there is a big picture of bassist Jono smiling back. Listen to them on our Podcast HERE including an exclusive interview as we catch up with them backstage at the Semi-Final Stage and then watch our Future Session with ’em HERE. Right time to start saving for a Wireless ticket.

CRASH JACKET swagger on stage and a wave of excitement ripples around Rock City. This lot are an anthem machine. 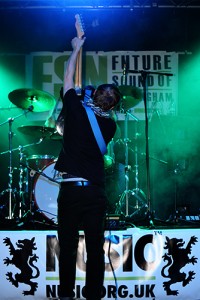 First song City Crawler ignites the CRASH JACKET touch paper and we are off on a bouncy boisterous rollercoaster of a set. As the first chords of recently released single You Could Be Here (available on itunes) start booming from the stage Rock City is captivated. The room comes together as one in a crescendo of rhythmic clapping that seems to throb and fluctuate triumphantly. The lads are rocking out hard, zig zagging around the stage as if being dragged around by their guitars. Bassist Adam Fletcher takes Rock n Roll to a new level by misjudging a jump, staggering backwards, tripping over a cable and tumbling into a beautifully placed banner. One mangled wrist later and the set is done and we can only wish it was longer. If you want to see CRASH JACKET in the their full glory they are playing Rock City again on the 7th of July.

TOM WARDLE struts on stage to a ear-splitting roar of girly screams and blokes chanting “Wardle, Wardle, Wardle…” If CRASH JACKET were a daunting act to follow Mr WARDLE brushes it off and proceeds with drenching the Main Room in his slick sugary pop sounds. His backing band are tighter than a pair of skinny jeans on Hulk Hogan with the mesmerizing Jameela making multiple men fall in love on the spot with her gorgeous vocals that compliments TOM WARDLE’s soothing voice fantastically. The Wardlers in the crowd go nuts for Pink Lillies as every lyric is yelled back by the punters and as Tom and his band draw the short set to a close Rock City gives arguably the biggest roar of approval of the night so far. 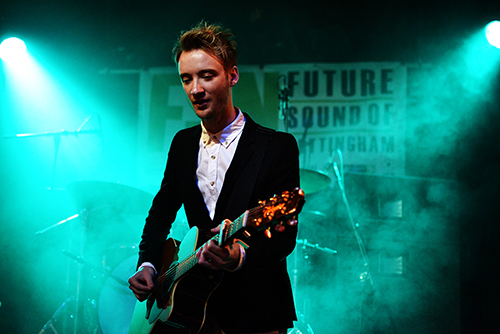 Growling rock animals THE SPECIES, that definitely aren’t indie, bound on stage and an air of anarchy descends on number 8 Talbot Street. Gary Nelson’s sinister voice snarls out across the room as everyone’s eyebrows involuntarily change to menacing mode. The drumbeat is insanely loud and creates an unnerving sense of brilliant doom. The scruffy quartet have that evil edge to them which is the pinnacle of the dark music. The bass twang darts around the room with a mind of its own and the first mini mosh pits of the night break out. Thieves is an explosive end to the set and THE SPECIES are one of these bands that seem to get better everytime they perform. Have a listen to their anthemic Broken Glass on our Podcast. 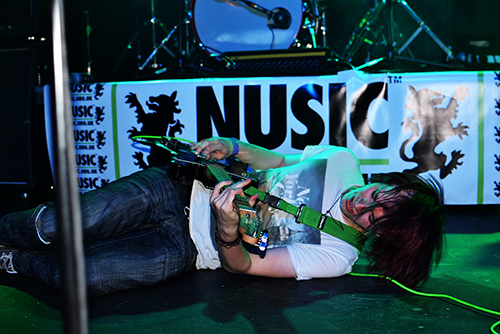 Last but by no means least JOE DANKS strolls on to the stage wearing a Nirvana tee and a massive grin. The stomping folk has the crowd bouncing like a Greek cheque and beer is spilt as the hundreds of fans go apeshit for the feel-good tunes. The combo of a double bass, fiddle and lovable vocals makes the whole experience throughly heartwarming. The highlight of his set is perhaps during Pancakes, when Joe introduces his band giving everyone their own little cameo – Mama Danks shredding the fiddle a particular favourite. The youngest act to make the final and possibly the youngest act to ever play Rock City’s Main Stage is more than impressive – although KAGOULE might dispute that title. Unfortunate perhaps to finish up third this isn’t the end for JOE DANKS…it is only the beginning. “When life gives you lemons make pancakes”, not a bad idea Joe. 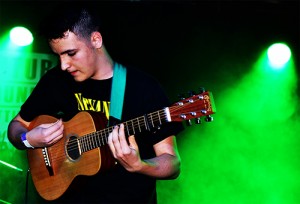 The excitement at the outcome of the final results is trembling around Rock City but the moment Special Guest INDIANA opens her mouth the conversation stops. In unison the crowd cock their heads to the left like a pack of puppies that have suddenly been exposed to a new sensation. This girl’s voice does something to me that I can’t quite put my finger on. Time seems to slow down and nostalgic thoughts invade the brain from nowhere. At risk of sounding like a pussy, INDIANA’s voice nearly causes a few tears…nearly. 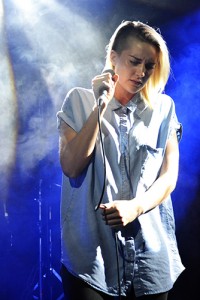 The soothing 80’s ballad theme is like something we’ve never heard before. Blind As I Am is dangerously addictive and Swim Good is overwhelmingly good – I can’t help but feel the need to force every human on earth to give INDIANA a listen because I can’t believe there is anyone out there that won’t be moved by her vocal perfection. In 5 years time let’s hope we are all boasting about how we saw the global superstar for free at Rock City. Check out INDIANA’S interview with Nusic from just before the final HERE.

FSN 2012 has been an unbelievable experience and it wouldn’t be possible without the musicians and support from the scene. Nusic salutes you Nottingham.

Special thanks to everyone at the Julie Cotton Foundation and also thanks again to DHP and TUBORG for giving us the festival slots. Have a butchers at who THE AFTERDARK MOVEMENT will be playing alongside at Wireless HERE.

Thanks to Riot Photography and Claudette Jarvis from LEFTLION for the snaps.