As another seven days have passed (seriously, where is this year going?) there is, as always, loads of incredible gigs going off on the Nottingham music scene this week. This week sees an Acoustic lovefest, a Hip-Hop megafest, and a multi-genre Festival…fest.

We’ve said it before and we’ll say it again, Thursdays are the new Fridays and for the second time in a row Jam Café prove they know about raw talent with “Ambiance”.

Put together lush harmonies, interesting guitar work with ridiculously catchy tunes and you’ve got lovable acoustic boy/girl duo MOLLY & JACK. Headlining the night are the artists we stole from Lincoln (mwahahaha)! Unexpectedly it’s Molly who owns the lower melodies whilst Jack takes the higher ones making them intriguing to watch! The adorable couple makes sweet sweet music together and knows exactly how to win over the crowd! #Relationshipgoals. Just saying. For fans of Neil Young and Fleetwood Mac, you’re welcome. For fans of acoustic goodness, again, you’re welcome.

Honestly guys, KETO’s enchanting and haunting voice still has us at a loss for words so we’re borrowing a few from Sounddhism – “One of the most unique… endearingly fragile voices in Folk music a talent that has taken the Nottingham circuit by storm”. If you’ve seen the new amazingly artsy music video for Change, the war paint might have you thinking ‘Keto = warrior of the mystical variety’ (maybe that’s just me?! Okay…). We still don’t know exactly what this new name means but the source of any self-respecting person, Wikipedia, tells us it might be a sea goddess in Greek Mythology. We’ll let you get back to us on that. The jury may still be out on the name, but what’s clear is this girl is insanely talented! We shouldn’t need to spell it out, you know what to do.

The next artist has been on tour his whole life, but finally found a home with us in Notts and aren’t we lucky? DAUDI MATSIKO is a beautifully honest Acoustic-Folk storyteller with an incredible ability to take you on a heartfelt journey over three minutes. His songs are delicate and sad as hell, so prepare those tear ducts! We don’t know about you, but we haven’t heard many love songs with atomic bomb references like “my heart was Nagasaki” – That’s poetry guys…excuse us… we need a moment…. #Letsbehonest though, some weeks are hard, but you know that vocal hug you may need? He’s definitely your man! If you don’t think you’ll make it to Thursday without your new musical bestie – we’ve got you covered – check out his Future Session HERE.

Last but by no means least: JAMIE MOON is a bit of a star on the rise (see what we did there? Here’s a tip: MOON. Star). As Farmyard put it: “Last year Jamie released one of the best EP’s to come out of Notts in recent time. Probably ever.” – Now that’s a statement and a half! But we can understand why. Jamie has mastered his genre. His use of yearning but simple guitar notes simply accent his passionate melodies. While he’s obviously spent a few nights at heartbreak hotel his bittersweet songwriting still manages to keep his music upbeat and hopeful (Psst that’s hard to achieve!). We may be swooning a bit right now… maybe.

If you have even the slightest interest in Hip-Hop, there is only one place you should be this Saturday – #REBELLION at the Irish Centre. Notts veteran, Clash Money founder and Don’t Flop legend YOUTHORACLE takes on Blizzard this weekend. Lyrically of course. As the second most viewed battle rapper in the UK you’re going to need to see this guy in beast mode just to appreciate how good he is. And this is just one of eight battles going off on the night!. Expect clever wordplay, bruised egos, and verbal shots to be fired!

That’s not all though. Nottingham knows how to throw a party so live performances were practically mandatory! Turning it all the way up is Nottingham grime favourite GI NA NA NO (GINO). Apart from an infectious flow this guy knows how to bring serious energy. Believe you’ll be shouting GI NA NA NO like a karaoke #OK (don’t know those lyrics? Catch up. Seriously).

Ripping up the stage further are EDUCATED FOOLZ (JAH DIGGA, 2TONE & J LITTLES) While these guys are talented and hilarious, newer tunes like Why and My Heart Let it Fall show these guys know how to speak that realness. They’ll no doubt be dropping some hard beats but most importantly they’ll be keepin’ it 100!

FIF NOVA will be reppin’ Nottingham with SHIVA & THE ELEMENTZ and you can expect some sick bars from SNOWY. The fresh debut of GARTON’s new mixtape make this rapper one to keep an eye on. His flows, freestyle ease and ad-libs will definitely be a crowd pleaser. And if that’s not enough, AYE NIZZY, STAN and 1st BLOOD will be bringing some serious lyrical talent.

This line up is madness! We’re no oracle but we’re pretty sure things are gonna get rowdy boyyyyy!

Load of Meat fest is back at The Maze this Sunday for it’s fifth incarnation, and the multi-genre festival is looking stronger than ever!

Kicking things into gear are former solo act-turned-four man band CONNOR SPRAY. If last week’s Future Session is anything to go by these guys are on a roll and you should really be there rockin’ out with them (you got that right?). Their Indie, Rock N’ Roll vibe is a contemporary take on a classic genre that will no doubt have you boppin’ your head to their slick tunes!

Punk Rock lovers are in for a treat with GREEN HILL ZONE. Let’s put it like this, their bass grooves, Punk guitar work and Poppy verses will have you dancing like nobody’s watching. That can only be a good thing. Also among the talent on the main stage are SAME STREETS. These four are something special. Their knack for a catchy melody and impressively refined sound (only enhanced by vocalist James’ distinct vocal) make these guys a must-see!

Rounding off the night on this stage are HELLO TOMORROW. The four man Pop-Punk band always get the crowd going a bit mental. Their upbeat melodies will have you wishing you knew the words to sing along with them (and we’re sure it won’t be long before you do.) Luckily for you though, these guys have just finished recording their EP so you can get practicing soon enough!

Leicester’s Creatin’ Havoc and Chesterfield boys Our Saving Day will also add some Pop and Punk madness to the already insane line-up!

This may come as a surprise, but the Acoustic stage will give you… some Acoustic treats (queue applause). ADAM ZAREBA’s feel-good songs on liver-damage are sure to be a crowd pleaser. Expect musical gems from BILLY REYNOLDS, LAURA ALLISON, MATT HUMPHRIES and Nottingham’s number one local Country star LAUREN APRIL.

If you can’t get enough of the Acoustic, The Maze’s got your back! On stage two, you’ll find DANIEL SCOTT, just a few weeks after the release of his new EP Back To Front. His rich voice, Acoustic guitar riffs and live beatboxing make this loop pedallist someone to definitely catch live. The talent won’t end there though. Also on stage two are beautiful sounds from ISAAC BLOOMFIELD and DAN MCCOLLOUGH. Be sure to also catch Fleetwood’s Harrison Rimmer and Manchester’s girl Claire Jordan.

Yours in Love of New Music,
Ebony Inyangete x

P.S – ADELPHIA are playing a headline show at The Bodega this Friday. And it looks to be a killer show. Though, we’ve heard on the grapevine that it’s close to selling out, hence why it isn’t featured. However, we highly suggest getting one of the few tickets that are left if ya can, cos they are an incredible live band! 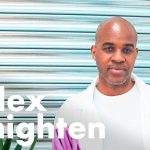 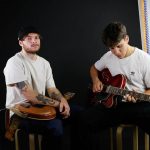 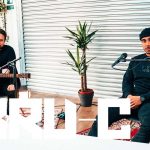