Eclectic is definitely the word to describe this week’s T3. And we don’t mean that in the lame “oh I don’t really like it so let’s call it ‘different’” kind of eclectic. We mean, Notts continues to prove how awesome it is across the genres, cos there’s something for everyone this week…

Future Bubblers, the talent discovery and development project, led by Brownswood Music is one year old now, and to celebrate – they’re showing us all what they’ve been up to this past twelve months…

All the Year One artists will be down to perform, but, as we only care about Notts, let’s chat about them…

YAZMIN LACEY will deliver her soulful acoustic vibes to the evening. Think of every Soul great you’ve ever sat down, listened to, and gone “wow, this is… incredible” – Yazmin is basically Notts’ answer to that. THREE BODY TRIO are, as the name would hint, three humans who make up a very unique concoction of Electronic-y, Jazz-y, and many other things ending in -y. And, believe us when we say, they put on a mesmerising live show.

SNOWY, Notts’ “Grime Saviour” will also be bringing the fire on Thursday eve. If somehow you haven’t heard of this Grime powerhouse, his ‘Knots’ EP is an awesome introduction. MEDIKUL will be bringing the “bass and beats”, with some very eclectic samples. And CONGI will bring their sick, dubby minimal beats too.

Non-Notts folk Kid Katharsis, Munro, Revenu and Thru Colours will also be performing.

The loveable noise-makers that are KAGOULE have kinda come full circle. Back in 2011 they played their first ever gig at The Maze, and now, in July of 2016, they’re headlining it again to show everyone how far they’ve come.

If the name doesn’t ring bells, you have definitely heard KAGOULE. Not just cos they play very loud, but cos they’ve been making an awesome storm recently, playing some sweeeeeet gigs, and putting out a belter of a debut album last year. ‘Alt-Rock’ is the genre that their Facebook page has self-proclaimed them as, and whilst it does a decent job at summing up their sound, they’re definitely a band you need to experience live for yourself… So do it. Buy a ticket. Ya lazy sod.

Supporting (Notts wise at least) we have a band called BAG. Yup, BAG. We don’t know if that’s an acronym, or if they just have a passion for being able to carry things, but we can’t find much out about them online at all. According to the event page, it’s their debut gig… ahh, that’ll be why. If KAGOULE love ‘em, we’re sure they’ll be ace.

Gang and Fuoco from Brighton will also be performing.

In September, Broad Street is getting took over for this ace new festival called Broad Fest. It sees a ton of promoters take over, putting on a day of all round loveliness including music, food and lots of other shizzle. Cos the promoters know we can’t all wait that long, they’re putting on a warm up party in a secret location (ooh) and you’re invited.

ORIGIN ONE & HI-DEF will be bringing the dubby Reggae vibes. They recently had their single ‘Mi Bredrin’ played on 1Xtra and it’s no surprise, it’s a banger. These guys know how to get the party started. YOUTHORACLE will be tearing up the venue with his intense energy and bars, whilst CONGI will be providing some minimal Dub-styley beats. METAPHI will bring an eclectic mix of vibes, ranging from Techno to Jungle. You’ll also find RUBBERDUB SOUNDSYSTEM doing what they do best – err, bossing it on all different kinds of Bass genres.

PS – SPLENDOUR IS THIS WEEKEND – there’s going to be looooaads of lovely Notts acts playing the outdoor festival (including FSN champs SUPER FURNITURE), and it’s going to be so fun. Get your butts to Wollaton Park and dance with us. 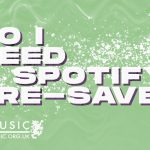