Erm… so somehow it’s May now. It’s MAY. But nobody panic, stop thinking about the fleeting nature of time and your own mortality; It just means that there’s another week of fabulous music for you! This week it’s three FREE gigs, so you’ve got no excuse to stay in and watch the telly…

First up, Under The Tree are bringing you more lovely musical goodies, including some of Nottingham’s finest Singer/Songwriters!

Leamington born, Nottingham stolen (muahaha) ANWYN WILLIAMS will be playing her Joni Mitchell style blend of Folk and Country music, whilst also dabbling in some cheeky electric! Ooh. The gorgeously soft Folk sound is mixed with honest, classic songwriting and storytelling lyrics, and she definitely knows how to construct an infectious melody, as her songs will be stuck in your noggin for AAAGES. Check out her Future Session released a few weeks ago and you’ll see what she’s all about!

The beautiful soft sounds of DAUDI MATSIKO will also be heard, who is a Singer/Songwriter/criminal who will steal your breath, with help from his poetic lyrics and gorgeously silencing voice. Expect the room to become pin-drop quiet, as Daudi not only plucks at your heart strings, but tunes them. His songs provide vibrant descriptions of love, longing and loss, and will definitely leave you awestruck.

TASH BIRD will be the last Nottingham act of the night, who is an Acoustic songstress who provides brilliantly constructed Folk-Pop songs. She’s from Mansfield (North Notts represent!), and is a fun, charismatic and hugely talented Singer/Songwriter. Her unique vocal an evident passion for creating new music really sets her apart. Come down and you’ll understand what the hell we mean.

Also playing will be EdwardAlice from Cambridge and Brighton, and Felix M.B from Derby.

Next up we have some Acoustic ditties at the Nelson and Railway in Kimberley in aid of the Ryan Lee Trust, which is a great charity that aims to support the countless families and children affected by brain tumours and other cancers. So, bring yersen down to watch some great live acts, and simultaneously support a great cause!

PAUL CARBUNCLE is up first, who, usually donning a pretty distinctive mohawk, gifts us with intelligent Acoustic Punk songs reminiscent of Frank Turner. Known to many as the bassist in the band BELINDA CARBUNCLE, he is giving us some more concentrated solo work. His honest storytelling lyrics will draw you in and make you think, and given the Punk theme, you should probably brace yourselves for anti-establishment views and the promotion of individual freedom. In short, if you’ve just come from submitting your Tory vote, it’s probs not gonna be yer thing…

ELLIE KEEGAN from Mansfield will be up next, who has played the same stage as The Beatles, appaz! Eclectic Indie tones mixed with raw lyrics and catchy melodies are the ingredients to this wonderful songstress. She recently released a brilliant charity single “Watch The Poppies Grow” in the aid of the Lee Bonsall Memorial Fund, The Royal British Legion, and Warsop’s “Real Poppy” campaign, and is influenced by Country/Americana, particularly the modern Nashville scene. Get your arses to Kimberly and witness some true talent. Maybe you can even chat to her after and discuss your shared love of Fleetwood Mac.

Also playing will be Paul Campion and Natalie Smallwood, from Derby.

Finally is 94 GUNSHIPS’ EP release “Dead Bees“. If whiskey could sing, it would sound a little something like these guys. The five piece unfurl earthy, grizzly songs with ridiculously catchy lyrics. With inspiration coming from the likes of Edgar Allen Poe and “naughty women”, be sure to expect dark songs that’ll dig a hole (yes, pun intended, thank you) in your brain and live there, slumbering until the next time you go to one of their gigs. The last time I saw them, the whole room erupted in a sing along with synchronous foot stomping, as if something deep and primal had been abruptly awoken in everyone. Masters at creating an absolutely electric, unifying atmosphere, 94 GUNSHIPS will be sure to forge a night to remember. I’m buzzing for it… *sly smirk*

THE BONSAI PROJECTS AKA ALI HASELDENE will start the night with delicately constructed ethereal songs, but will deliver a performance with the heaviness of a ten tonne truck straight onto your sentimental bits. His silence inducing folk songs with Bluesy sentiments make me just want to burst into that “Killing me Softly” song as a description for you all; every guitar string pulls at your emotions, and his heartfelt, crooning voice intensifies the touching lyrics. With gruff Johnny Cash notes mixed with the sensitivity of Ben Harper, Ali provides soulful music that’ll be sure to captivate you.

RYAN FARMER, previously known as RYAN THOMAS (Apparently he wasn’t too keen on being confused with that bloke from Corrie) is second support for this delectably rugged line up. Listening to him doesn’t require chewing a piece of straw and sipping whiskey while the sun sets, but it is definitely something you can imagine doing. His distinctively Bluesy voice and soulful guitar work weave a web of pure Folk goodness. Don’t miss out. 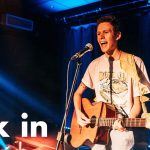 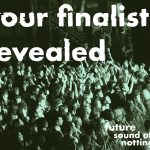 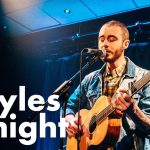