Seven new days, and a whole heap of ace gigs for the Nottingham music scene. This week is absolutely ram packed, with an album launch gig, and two HUGE charity music festivals!

Get your good selves down to the Contemporary this Saturday for an enchanting evening of unique World music thanks to MUHA.

They’ll be bringing the Eastern European vibes as they launch their latest album ‘Reka’, which translates as ‘River’ dontcha know. Influenced by the multicultural society in the UK the album and show will captivate you with a mix of languages over catchy grooves, North Indian Kathak rhythms and Cuban beats. Getcha self down for something truly special.

Supporting MUHA’s launch is guitar extraordinaire SIMON JACKSON who will be playing eclectic instrumentals of Flamenco and English Folk. Something a bit different for ya, we’re sure that Simon will set the tone just right for MUHA’s eclectic sounds!

This Saturday OXJAM takes over Beeston with over seventy artists performing across twelve venues and fourteen stages within in the heart of Beeston. Oh, and it’s all in the name of charity.

There’s too many acts for us to go into detail, but there really is something for everyone at the festival. Having a little look over the lineup (which can be found HERE), we can see everything from Sea-Shanty Rock to Garage Rock, beautiful Acoustic harmonies to some fine Spoken Word, huge Soul vocals to some gruff, raw Punky vocals.

The festival as you may have gathered from the name, is all in aid of Oxfam, and their fight to end poverty worldwide. Seriously, it’s only a fiver, get your arses down, it’s gonna be a proper goodun!

Hockley Hustle returns to Nottingham after a four year break this Sunday, and it’s gonna be the most Notts music tastic day of the year, and it’s all in the name of chairty. Take a look at our preview article HERE if you want a run down on the main stages and what it’s all about. Here, we thought we’d give you a little look at some of the more eclectic stages,and ones that haven’t been featured in the Hustle before.

Over at Bambuu, you’ll find Brouhahaha taking over proceedings, and bringing a bit of the insane and wonderful to the Hustle. They’ve got both upstairs and downstairs too! Downstairs they’ve got SWING GITAN kicking things off with Gypsy Jazz stylings, followed by GONE AND LOST IT who’ll be bringing their Punky Ska sounds. JIMMY THE SQUIRREL is up next with their Reggaefied Folk before HALLOUMINATI bring their mental self-proclaimed “GypsyElectroSkaBalkanGreekPunk Mashup”. 94 GUNSHIPS keep things going with their in your face gruff Blues, and that’s all before UJAHM round off the night with their sweet Reggae sounds.

Downstairs at Bambuu we’ll have DH LAWERENCE AND THE VAUDEVILLE SKIFFLE SHOW kicking things off with a bit of Americana, followed by some catchy Jazz tinged Funk Soul from HEY QUADROPHONIC.

Under The Tree have gone and took over that Bugsy Malone esque venue known as Boilermaker for a day full of Acoustic goodness. ALEX HEL kicks things off with his furious Acoustic strumming style and knack for telling a hilarious story. JOSH WHEATLEY follows with his softly sweet Folk sounds before JAMIE MOON delicately picks away at your heart with his lovely sounds. ANWYN WILLIAMS takes to the stage next with her Joni Mitchell-esque Folk, before ADAM PETER SMITH brings his well refined Pop-Folk sounds. Newbies to the Notts scene, VERA GULL will be bringing some sweet Americana stylings to the stage, while MOLLY & JACK will stun with some of the most beautiful Pop harmonies you’ll find in the city. That familiar lady ROBYN HUGHES-JONES will be delivering some incredibly Soulful vocals, while TWELVE will bring some pure Indie-Pop goodness!” TOM ASH follows with his ace uplifting Pop-Folk sounds, before SAM JONES & THE LOCAL FOLK round the night off with some big-band Folk with plenty of singalongs and banter. Gotta love the banter.

Revolution is getting took over by Local Motive Radio and Don’t Flop. Which means plenty of Hip-Hop talent and one huge main event. BRU-C and YOUTHORACLE will rap battle for the Hustle Cup, a title which brings a £1000 prize to a charity of the winner’s choice, this will be BIG! Also on the stage we have live performances from supergroup EDUCATED FOOLZ, KARIZMA, RODNEY P, STAN,the suprgroup known as RAF (which features SCORZAYZEE, CAPPO, JUGA-NAUT and VANDAL SAVAGE), and an NG64 special featuring CAN B, K-DEUCE and Ealy Bird. And all that’s not even counting all the Rap battles. This stage is defo a heavy hitter!

That fancy new pizza and ping pong place Das Kino plays host to a day full of Jazztastic… well Jazz! ME & MR JONES kick things off with some lovely Jazz Pop sounds, before the brilliantly named FABULOUS TEA BAG BOYS bring some self-proclaimed “good time prohibition Jazz.” ED MARCHEWICZ follows with some beautiful little ditties played on his saxophone and flute, before JEANIE BARTON brings some stylish classic Jazz sounds. The BEN MARTIN QUARTET will deliver some eclectic Jazz stylings before a load of the acts who have performed throughout the day all get up on stage and have a crazy Jazz jam session. It should be dead good.

The amazing home of burgers known as Annie’s will be playing host to a right mish mash of ace Notts musicians. CHEZ CHEZ kicks things off with some jangly Pop sounds, AJAY HENRY follows with some pure Soulful Pop styling, before TYLER NUGENT brings some beautiful Folky Pop. ANGELS IN THE ARCHITECTURE are bound to get you up and dancing with their Electronic Soul Pop, THE BREAKDOWNS will then turn things up a bit with their Garage Rock stylings. If you’re easily offended, you probably shouldn’t stick around for the beautiful filth of THE CENSOR PENGUINS, but if you like your catchy Indie Rock melodies you should definitely catch VANITY BOX. Notts supergroup CANS will tear the place down with their huge Punk sounds, then THE EVILTONES will round it all off with their massive Garage Rock tunes.

And that’s just five of forty…. 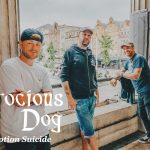 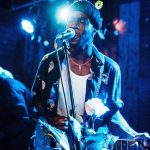